Ramsay Hunt syndrome is regarded as an acute peripheral facial neuropathy linked with the erythematous vesicular rash of the skin of the ear canal, mucous membrane of the oropharynx. And auricle (also termed herpes zoster oticus).

This syndrome is also understood as geniculate neuralgia or nervus intermedius neuralgia. Ramsay Hunt syndrome can also happen in the absence of a skin rash, a condition known as zoster sine herpete.

Ramsay Hunt syndrome was first reported in 1907 by James Ramsay Hunt in a patient who had otalgia correlated with cutaneous and mucosal rashes, which he ascribed to infection of the geniculate ganglion by human herpesvirus 3 (i.e., varicella-zoster virus [VZV]).
The following may be observed: 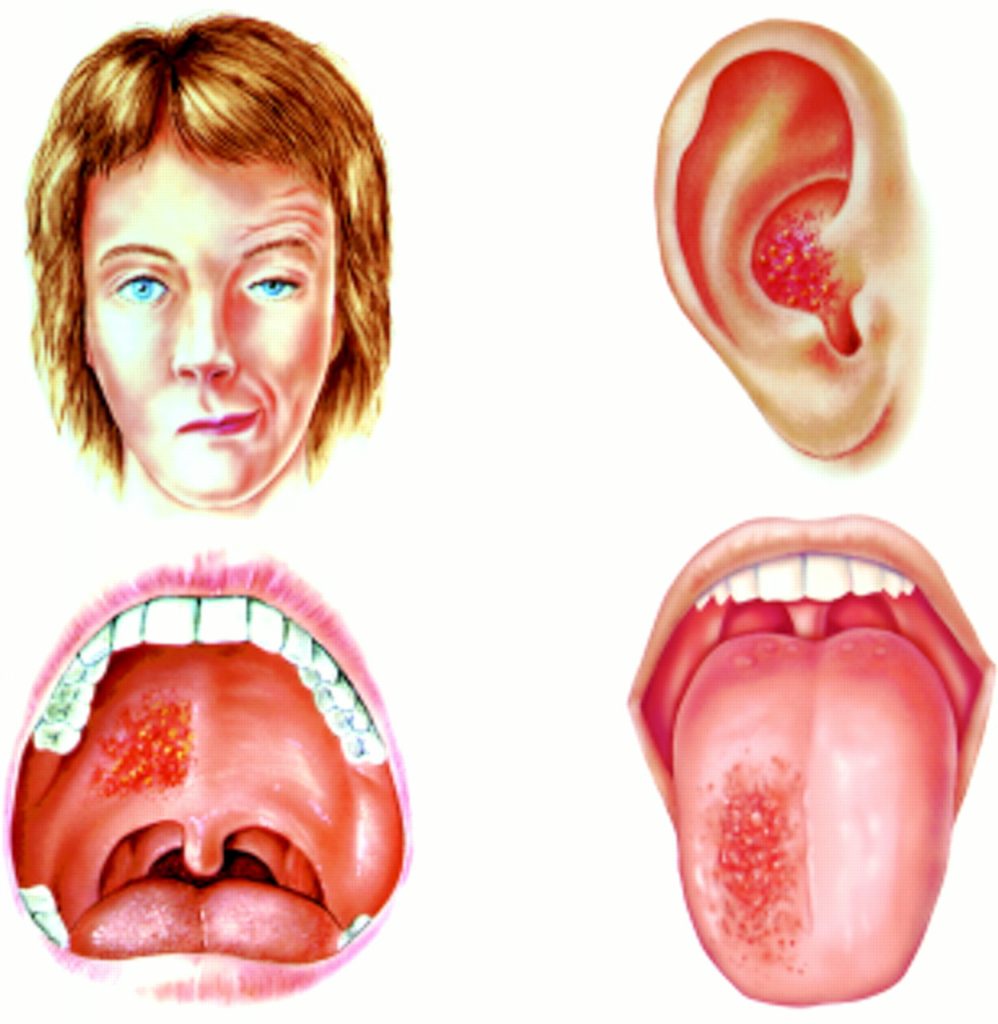 Herpes zoster oticus is a rare treat herpes zoster virus infection of ganglia of the VIII. Cranial nerve and the “geniculate” ganglion of the 7th (facial) cranial nerve. The reactivation of the varicella-zoster virus triggers herpes zoster (shingles); Risk factors include reactivation immunodeficiency (cancer condition after chemotherapy or radiation) and HIV infection. Typically, the virus remains in a latent dorsal root ganglion, and the reactivation manifested as painful skin lesions after a dermatomal distribution. But often the virus remains dormant in the geniculate ganglion, and reactivation symptoms are produced, in which the 7th and 8th cranial nerve involved.

Include The symptoms of herpes zoster oticus Severe ear pain (similar to Bell’s palsy) VerSchwindel that lasts days to weeks (which may be permanent, or partially or entirely dissolves) temporary or permanent facial paralysis hearing loss in the coverage area of ??the sensitive Fazialisastes wide to cold sore from on the auricle and the external auditory canal. More rarely there are meningoencephalitis symptoms (such as headaches, confusion, stiff neck). Sometimes other cranial nerves may be involved. 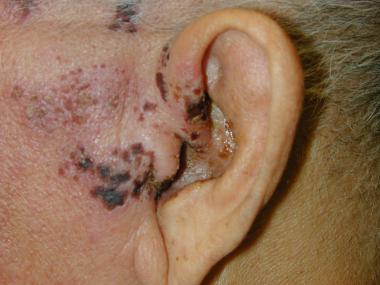 Clinical Investigation, The diagnosis of herpes zoster oticus, is clinical in general. In uncertain viral etiology may be recovered swab material from the vesicles (for Virus Detection by direct immunofluorescence or culture), and an MRI is performed. Therapy may include corticosteroids, antivirals and medical relief. Although there is no hard evidence that corticosteroids, antiviral agents or medical relief to change something, they are the only therapeutic measures of potential use. When employed, the corticosteroid with one times 60 mg/day prednisone is p.o. Started about four days and then slowly reduced within the next two weeks.

Both acyclovir 800 mg/day p.o. 5 times/day or 2 times valaciclovir 1 g / day p.o. over ten days can shorten the course of the disease and are routinely prescribed for immunocompromised patients. With diazepam (2-5 mg po every 4-6 h) can successfully suppress vertigo. For the oral pain, opioids may be needed. Post-Herpetic neuralgia is treated with amitriptyline. Incomplete facial palsy (no visible facial movement or facial expressions) may be indicated a surgical decompression of the fallopian channel. But then only a&gt; 90% decrease of the action potential has been demonstrated electro euro graphically before the procedure.

Ramsay Hunt syndrome is considered to be the reason of as many as 20% of clinically diagnosed cases of Bell palsy.

Mortality/Morbidity
Ramsay Hunt syndrome is not usually linked with mortality. It is a self-limiting disease; the primary morbidity outcome from facial weakness. Unlike Bell palsy, this syndrome has a full recovery rate of less than 50%.