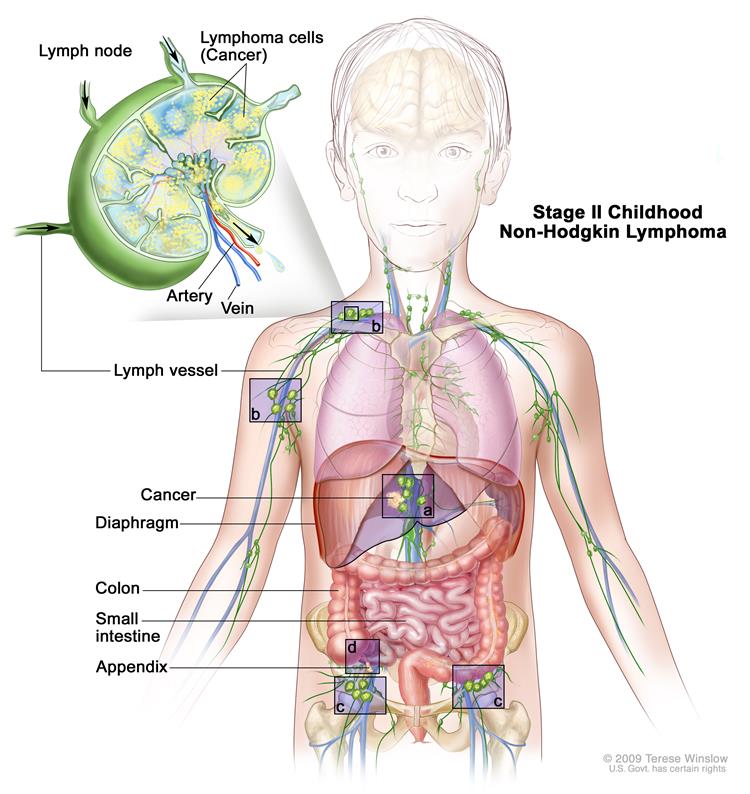 Non- Hodgkin’s lymphoma, also known as non-Hodgkin lymphoma is cancer that starts in the lymphatic system. This is the network that fights disease throughout the entire body. Non-Hodgkin’s lymphoma form tumors from lymphocytes, which are a type of blood cell.

Non-Hodgkin’s lymphoma is a more common type of cancer than lymphoma or Hodgkin Lymphoma. 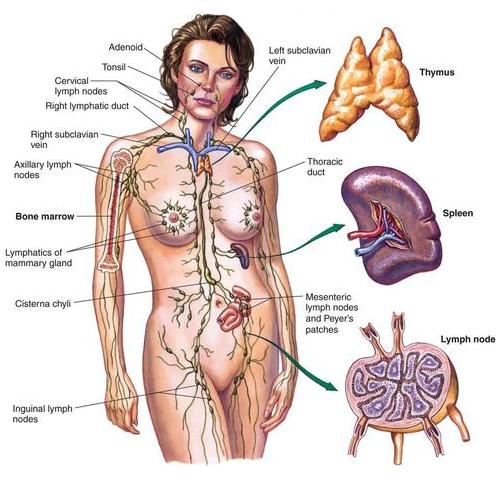 There are several different subtypes of non-Hodgkins’ Lymphoma that exists. The most common non-Hodgkins’ lymphoma subtypes are diffuse large B-cell lymphoma and follicular lymphoma.

Symptoms for Non-Hodgkin’s lymphoma may include:

If you have any of these symptoms, you should make an appoint with your doctor.

Doctor’s are not sure what causes non-Hodgkin;s lymphoma. Non-Hodgkins’ Lymphoma occurs when the body is producing too many abnormal lymphocytes or white blood cells. Lymphocytes have a normal life cycle; where mature lymphocytes die, and the body creates new lymphocytes to replace them. In non-Hodgkins lymphoma, your lymphocytes do not die but continue to grow and divided into more. The oversupply of lymphocytes crowds into your lymph nodes, causing swelling.

B Cells and T Cells

Non-Hodgin[s lymphoma can start with:

T Cells. T-cells are responsible for destroying foreign invaders directly. Non-Hodgkin’s lymphoma does not occur as often in T cells.

Depending on whether your non-Hodgkin’s lymphoma arises from B cells or T cells will help doctors determine the right treatment options for you.

Where does Non-Hodgkin’s lymphoma Occur?

Medication and drugs that help suppress the immune system: If you have ever had an organ transplant, then you could be more susceptible because of immunosuppressive therapy, has reduced your body’s ability to fight off new illnesses.

Chemicals exposure Certain chemicals, such as insect and weed repellant, may increase the risk of developing non-Hodgkin’s lymphoma. Although more research is needed to understand possible links between pesticides and the disease.

Aging – Non-Hodgkin’s Lymphoma can occur in at any age, but it is most common in people in their 60s or older.

Test and procedures used to diagnose non-Hodgkin’s lymphoma include:

Blood and urine test help rule out infections and other diseases

Imaging Test allows doctors to run X-ray, computerized tomography (CY) scan, magnetic resonance imaging (MRI) or positron emission tomography (PET) to have a look if there are any tumors or abnormal growths in the body.

Remove a sample of the lymph node tissue to test. In a biopsy procedure, the doctor takes a sample or remove a lymph node for testing. Analyzing the lymph no tissue in the lab, will help determine if you have non-Hodgkin’s lymphoma and if so which type.

Cancer Cells located with The Bone Marrow – Your doctor may request a bone marrow biopsy, in which the doctor inserts a need into your pelvic bone to obtain a sample of the bone marrow. 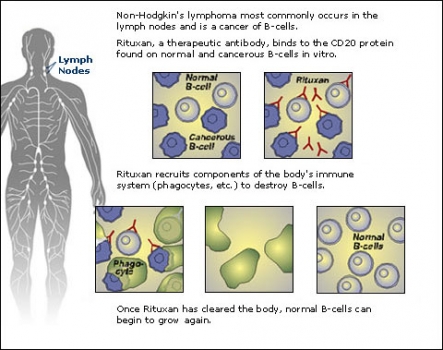 There are different treatment options depending on the type and stage of lymphoma, your age, and overall health.

If your lymphoma appears to be slow growing (indolent), the doctor may recommend a wait and see approach. Indolent lymphomas that do not cause signs or symptoms may not require treatment for many years.
However delaying treatment does not mean that the doctor will not continually monitor your condition. You doctor will most likely schedule regular checkup every few months to ensure that cancer is not advancing.

Treatment for lymphoma that causes symptoms.

If you have aggressive non-Hodgkin’s lymphoma or symptoms and signs, your doctor may recommend treatment. These options may be:

Radiation Therapy – Radiation therapy uses high-power X -Ray energy beams to kill cancerous cells and shrinks tumors. During radiation therapy, you are placed on a table, and large machine directs radiation at precise points on the body, The radiation treatment can be used by itself or with a combination of other cancer treatments.

Stem Cell Transplant: A stem cell transplant procedure involves a very high dose of chemotherapy or radiation with the goal of killing the lymphoma cells that ma not is killed with standard dosage, later, healthy stem cells from your donor is injected into your body, where they can form new healthy blood cells.

There are medications to deliver radiation directly to cancer cells.
Radioimmunotherapy drugs are made of monoclonal antibodies that carry radioactive isotopes. These allow the body to attack to cancer cells and deliver radiation directly to the cells. One radioimmunotherapy drug, is ibritumomab tiuxetan (Zevalin) uses to treat lymphoma.