Chickenpox is a viral infection formed by the varicella-zoster virus VZV. It causes fevers, tiredness itchiness and blistery rashes to across the body. Chickenpox . The rash starts on the trunk and face and then spreads to the rest of the body forming anywhere bet on 200- 500 itchy blisters. Chickenpox is a highly contagious s virus to people who have not had it before or were not vaccinated.

Virtually everyone has been infected with once he or she reach adulthood, in some cases with serious complications. Chickenpox is an airborne disease that spreads through, breathing, coughing, sneezing and-and touching various particles with the virus that come into contact with chickenpox blisters.

It takes 10-25 days after initial exposure to chickenpox/shingles virus for a person to develop chickenpox.

The vast majority of chickenpox cases occur in children before the age of 10. The disease is mostly mild. Older children and adults who have Chickenpox are usually sicker than younger children who have it.

Chickenpox is caused by the varicella-zoster virus, which is a member of the herpesvirus family. This virus is also the cause of Shingles (herpes zoster) within adults.

The chickenpox virus usually lasts between five to 10 days. The rash is the most common and visible sign that someone has chickenpox. There are other signs that begin to appear one to two days before the rash
including:

After the initial rash appears, there are three stages that it goes through, bumps, blisters, and scabbed lesions

Although chickenpox typically is a mild disease, you should always consult the doctor, He or she can diagnose that this is a case of chickenpox.

If you think you or your child may have chickenpox, you should call your doctor. Make sure that you call ahead of your appointment to ensure you are not in the waiting with others as you can spread it to other people in the waiting room. The doctor care is very important in cases where are complications.

Complicationscan occur, but are not very common in individuals, who have the disease and, that are considered healthy,
People who may develop more severe symptoms and experience high risk for complications include the following:

Chickenpox serious complications include the following:

Unfortunately, some people become so sick from chickenpox, that they have to be hospitalized. Some people had died because of it as well.
Chickenpox deaths due occur in cases with health and unvaccinated children and adults. In many cases, healthy adults have contracted the disease from their unvaccinated children.

Health care providers can usually give you quick diagnoses of chickenpox by looking at the rashes and asking medical history questions. Small blisters on the scalp often will confirm that it is checkenpox. Medical professionals will run laboratory test to confirm the diagnosis. 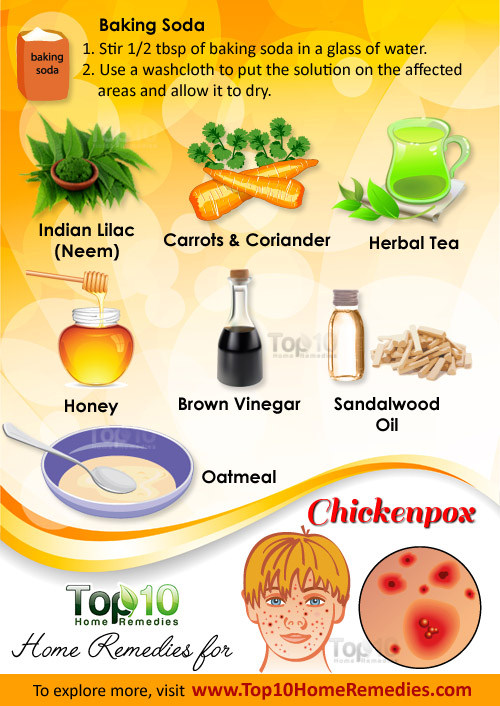 Treating chickenpox, mostly involves keeping the person conformable
Its good to avoid scratching and rubbing the itchy areas. You should keep fingernails short to prevent damaging the skin from scratching.

Wear cool, light, loose bedclothes. Do not wear rough clothing, especially wool, over an itchy area.
You should take lukewarm baths using a little soap and rinse completely. Try an oatmeal or cornstarch bath to sooth the skin
Use a soothing moisturizer after bathing to relax and cool the skin.
Avoid extended exposure to extreme heat and humidity.

You can buy over-the-counter oral antihistamines, such as diphenhydramine (Benadryl), however, be aware of side effects such as drowsiness. There may also be over-the-counter hydrocortisone cream viable to apply on itchy areas.

There are medications that attack the chickenpox virus are available but may not be given to everyone. For these medications to work well, the medicine often needs to be applied within the first 24 hours of the rash.

Healthy children, who do not have severe symptoms and no complications, are not normally given antiviral medications. People who are at risk of more severe symptoms developing may benefit from antiviral medication if it is given early on.
Antiviral medication can be very important in individuals who have lung conditions (such as asthma), or who have recently taken steroids. People with skin diseases (such as eczema or recent sunburn),
Doctors may also give antiviral medicines to people in the same household, who also develop chickenpox, because they will likely develop more severe symptoms.
You should NOT give ibuprofen or aspirin to someone who possibly has chickenpox. The usage of aspirin has been associated with Reyes syndrome; a serious condition Ibuprofen has been associated with more severe secondary infections. Acetaminophen (Tylenol) may be used.

A child should not attend school or any other functions until all sores are gone and dried out and crusted over. The same rule would apply to adults who are going back to work.
Outlook (Prognosis)
In most cases, a person recovers without complications.

Once someone has had chickenpox, the virus will remain dormant for the rest of his or her lifetime. About 1 and ten people have the virus reemerge and develop shingles during a period of stress.