Much  press has been made about the growing  importance of wearable technologies. At the heart of this fight are two large technology conglomerates, Google and Apple, and apparel companies, such as Nike  with smaller start-ups such as Fitbit fighting for a growing portion of this market. These companies see the importance of  getting on customers skin, with sensors being able to provide a data set previously unexploited.  Products such as Google Fit, which is a cloud based data aggregate. While  Apple is introducing it’s new product called  Health Kit. The true goal of Health Kit is to disrupt and change the relationships, consumers have with their health data and providers.

Apple’s Health kit hopes to gather, integrate and analyze personal meta data, that tracks movement and location. Google  plans to offer free services to consumers with Fit in  much the same way as they’ve done with search, in exchange for consumers giving them personal free data. In return Google would most likely monetize that data in much the same way the do by selling ads. Amazon plans to offer a data stored and collected and manages your health data on your body. 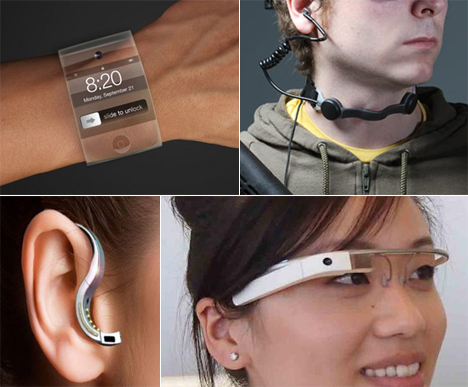 For many decades medical device, and technology companies have searched  for ways to check diabetic patient’s blood sugar easily. They have been met with little success. Consumer electronics and technology firms are now building out wearable technology.  Companies such as Google, Apple, and Samsung have started to build applications that can significantly grow the  nascent wearable technology market, that includes smart watches, bracelets and  footwear. These companies have all expressed interest in developing applications to monitor blood sugar.

These companies are now in the process of hiring medical scientist and engineers, and are asking U.S regulators about the process of developing glucose -measuring wearable devices. Tech companies understand the importance These companies all have grand ambitions to grow this market, eventually competing in the $12 billion market in 2017. Within the U.S diabetes afflicts nearly 30 million Americans and cost the cost the economy $245 billion dollars in 2012. With Healthkit, Apple plans to use the IPhone as a dashboard, for consumer health and medical apps.

Many companies are looking at the capabilities of mobile health care, as well as doctors and healthcare providers. Healthcare care industry is on the verge of providing health care services to patients where ever they are. The increase adoption of mobile devices and sensory networks allow doctors and patients to access data and in every area of healthcare. There will be greater value in efficiency as industries begin to monitor health performance.

Although there are great opportunities, tech giants are running into set backs when in comes to navigating the healthcare industry. Regulations regarding reporting and data collection are still be understood by the consumer companies. Apple has tried to assure the U.S congress that the information that it is passing from its software will not be sold and will be extremely difficult to  hack.  Regulators are watching to ensure data usage is not being used in ways that compromise customers privacy.