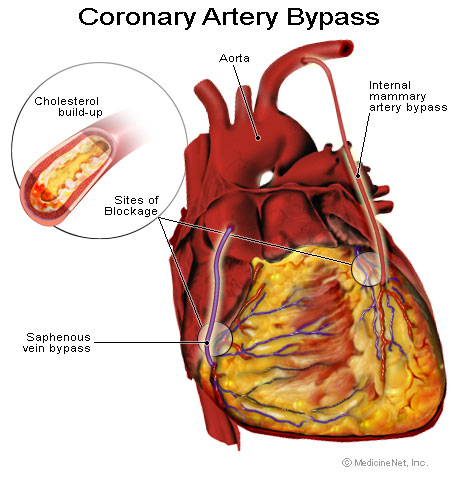 In an international ten year study by the National, Lung and Blood Institute, heart failure patients with clogged arteries have a better chance of surviving ten if they get surgery plus medication rather than just medication alone.

Early results from the same research study, the question was raised about the benefits of bypass surgery versus receiving medicine alone. However, research in the long-term study says evidence clearly favors getting surgery.

The lead author of the study, Dr, Eric Velaquez a cardiologist at Duke University, stated that the results are so definitely and robust” that it is could likely lead to higher recommendations of doctors favoring bypass surgery for their patients.

Today nearly 6 million Americans and nearly 23 million people across the globe have heart failure. Moreover, many people who have had heart failure also suffer from artery disease similar to those within the study. Recently bypass surgery has become a more popular recommendation for this patient along with medications that can ease heart failure symptoms.

There were concerns raised when the results of a five-year std indicated that an equal number of deaths resulted in individuals who had the bypass procedure when opposed those who only received medicine, despite lower rates of heart-related deaths in the bypass cohort. This study was published in 2011.

The 10-year study of the results released on April 4th, 2016 by the New England Journal of Medicine and presented at the American College of Cardiology event in Chicago.

The study included 1,200 heart failure patients in 22 countries including the U.S Most of the people in the study where men around the age of 60 hen the study began. All of the of the patients were receiving heart medications, and around half of these individuals were assigned to get a bypass surgery.
More than half the patients in the cohort lived beyond the first phase of the stuff. In the ten year results all the patients are included in the look-back.
The total number of bypass patients who died from any case or 59 percent compared to 398 medicine -only patients who died from any cause.

Death forms heart disease related causes were 247 patients in the bypass group or 41 percent, versus 297 medicine-only patients or 49 percent.

The Journal editorial publish the study and states that the latest results support the dusty the bypass surgery is probably most beneficial for theses patients.
The long term results are very encouraging and confirmed what many doctors believed to be the potential benefits of bypass for patients. 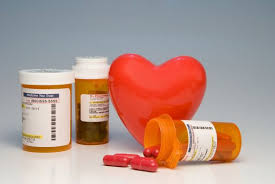