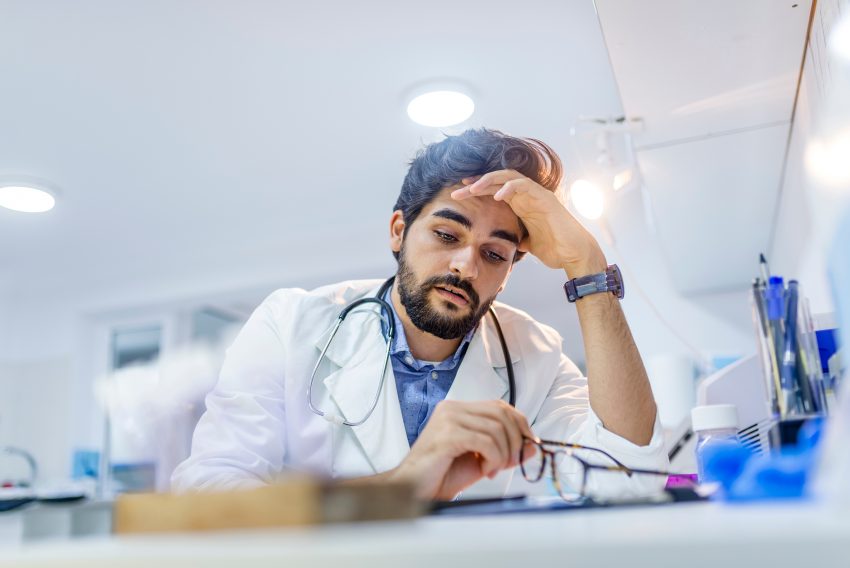 According to a significant study, doctors who are burnt out are twice as likely to be implicated in patient safety issues like prescription mistakes.

The link between burnout and medication mistakes was found to be strongest among doctors aged 20 to 30 and weakest in general practitioners, according to a meta-analysis of 170 research from around the world published in the BMJ today.

It also discovered that GPs had the least burnout, although GP leaders noted that this could be because the research only considered four UK-based studies.

The relationship between burnout and patient mistakes, they continued, has consequences for GPs in the UK.

GPs made almost two-thirds of the calls to the BMA’s mental health counseling service during the summer, and other studies in the UK have shown that GPs are the doctor group most likely to experience burnout. The GMC recently stated that GPs are “reporting much greater pressure than any other group.”

The relationship between physician burnout, professional engagement, and the caliber of patient care was examined in 170 observational studies, including 239,246 doctors that were undertaken from the commencement of the relevant databases and May 2021.

Physician burnout was linked to a nearly four-fold drop in work satisfaction.

Productivity drops that were slight but considerable were linked to burnout.

Low professionalism and patient dissatisfaction were twice as probable as burnout rose.

Physicians working in emergency medicine and critical care, as well as those between the ages of 31 and 50, had the highest rates of burnout and worse job satisfaction. In contrast, general practitioners had the lowest rates.

According to the researchers, their meta-analysis “provides compelling evidence that physician burnout is associated with poor function and sustainability of healthcare organizations: primarily through contributing to the career disengagement and turnover of physicians, and secondarily through reducing the quality of patient care.”

The authors said, “Healthcare organizations should devote greater time and resources to adopting evidence-based measures to reduce physician burnout across specialties, focusing on emergency medicine and physicians in training or residency.

Professor Matthias Weigl, a patient safety expert at the University of Bonn, wrote in a related editorial for the BMJ that the study “adds to mounting evidence that the poor mental health of healthcare personnel jeopardizes the quality and safety of patient treatment.”

Dr. John Hughes, the chair of GP Survival, stated: “Only four (2%) of the 170 articles reviewed were from the UK, and I believe the experience of UK GPs, particularly in recent years, is very different from that of GP colleagues elsewhere. The exponentially increasing workload, patient demand, and the complete lack of recognition of this from NHSE or the Government, as well as the persistent press denigration of GPs, have all contributed to a dramatic increase in burnout and a departure from the

The study findings, according to Dr. Hughes, were “unsurprising” in general and sent “a message that employers, especially NHSE, ought to take quite seriously.”

“GP Survival would urge the Government, NHSE, and patient groups to seriously consider this study while acknowledging its limitations and the fact that the situation for UK doctors is much worse, and take urgent action to reduce GP burnout and maintain patient safety and high-quality care,” he said.

“Resilience” training for employees and promoting wellness activities to a profession already overburdened with work are not solutions,” the author writes.

Dr. Matt Kneale, the co-chair of the Physicians’ Association UK (DAUK), told Pulse: “It is no wonder that doctors are experiencing burnout at historic levels with chronic underfunding and reduced staffing across the board, on the background of a global pandemic. Without action, staffing numbers will continue to drop, endangering patient safety. This is a national health catastrophe.

We acknowledge the BMJ study, but we believe it significantly understates the real impact of burnout, given that even “mild” burnout, which is not included in the headline findings, is excessive. GPs exhibit the lowest levels of burnout; however, their numbers are still dropping nationwide, which reflects this.

He declared: “Patient care is put at risk as well as one’s wellness when doctors are worn out and burned out. Several intricate aspects impact the issue.

He asserted that in addition to ensuring suitable support systems and longer-term initiatives for more sustainable working conditions, we must further our understanding of the factors that lead to physician burnout.

He said, “If we don’t act now, tragically, many more dedicated and passionate physicians will burn out and lose hope. Others may decide to quit the medical field, which would mean a loss of knowledge for patients and further strain on already-stretched resources.

In the meanwhile, the new Health and Care Bill would grant a patient safety watchdog new and increased authority to look into accidents that occur in GP offices starting in 2023.