Kidney diseases or muscle problems can elevate creatinine, but also an inadequate diet. Know what foods will help you maintain your levels and what to avoid to protect your kidneys.
Creatinine Renal Failure
Normal values ​​are between 0.7 and 1.3 mg/dl in men and between 0.5 and 1.2 mg/dl in adult women.

Creatinine is an organic substance that is produced as a result of the degradation of creatine, a compound of the muscles. Their presence is part of the metabolism of the muscles, and their values ​​usually remain stable, however, if their blood levels rise above what is considered normal, it could be a sign of kidney disease, since the kidneys are responsible for filtering the creatinine, so that it is excreted through the urine.

The indicated test to determine the creatinine values is the blood test, which is usually repeated after a few months. To interpret the results, also, the specialist takes into account the type of feeding of the patient, which is another risk factor for raising the creatinine, and if you are taking nutritional supplements or drugs that could alter their levels. 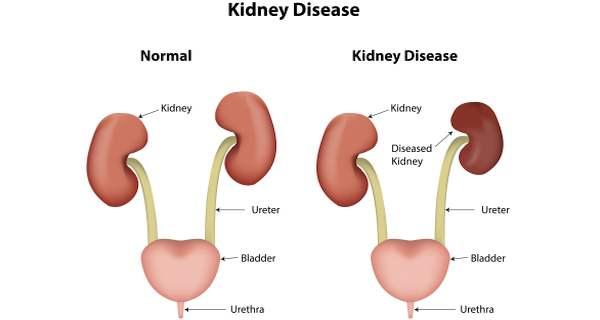 Kidney or muscle problems, certain foods or supplements, an excess of physical exercise, or changes in the urinary tract may increase creatinine levels.
Some symptoms may also indicate that a person has an excess of creatinine such as:
Alterations in the urine. You can vary its color, which will become reddish or pinkish, increase the frequency of urination, or experience painful urination. And if the increase in creatinine is due to severe kidney damage, foam in the urine could be observed.
Fatigue and headache.
Nausea, vomiting, or lack of appetite.
Spirits on the skin
Swelling in the feet and hands
Weight loss for no apparent reason.
What are the normal levels of creatinine and why are they elevated
Although they can vary from one individual to another depending on aspects such as their lifestyle (athletes, for example, tend to have higher levels of creatinine). The values ​​that are considered normal are between 0.7 and 1.3 mg/dl in adults of male sex, between 0.5 and 1.2 mg/dl in the case of adult women, and between 0.2 and 1 mg/dl in the case of a child.

Normal values ​​of creatinine
Men – Between 0.7 and 1.3 mg / dl
Women – Between 0.5 and 1.2 mg / dl
Children – Between 0.2 and 1 mg / dl
In addition to a health problem in the kidneys ( kidney failure, infections, poor blood flow, nephritic colic or …), creatinine can be heightened by muscle conditions (such as a lesion that causes the breakdown of muscle fibers, muscular dystrophy, rhabdomyolysis ), an excess of physical exercise, or alterations of the urinary tract (such as an obstruction due to bladder stones) that prevent its correct elimination.

The excess of creatinine has also been linked with diseases such as diabetes, autoimmune diseases (lupus, Goodpasture syndrome), gout … Therefore, it is necessary to find out the causes behind the high values ​​of this substance and treat them to recover healthy levels.

How to reduce high creatinine with diet
The foods that we include in the diet can also influence the elevation of blood creatinine, so eliminating some and adding others to the daily diet will help us maintain adequate levels of creatinine, thus protecting the health of our kidneys.

Introducing dietary changes like the ones we propose, will help you lower high creatinine:

Increase the consumption of fruits, vegetables, and fresh vegetables. Meets the recommendation to take at least five pieces or rations every day.
Choose diuretic foods such as pineapple, asparagus, artichokes or onions.
Drink enough water (between 1.5 and 2 liters a day). It is true that people with kidney disease can not drink a lot of fluids, but the shortage of fluids and dehydration raise the levels of creatinine in the body, so it is necessary always to consult the specialist to indicate the number of fluids to drink. 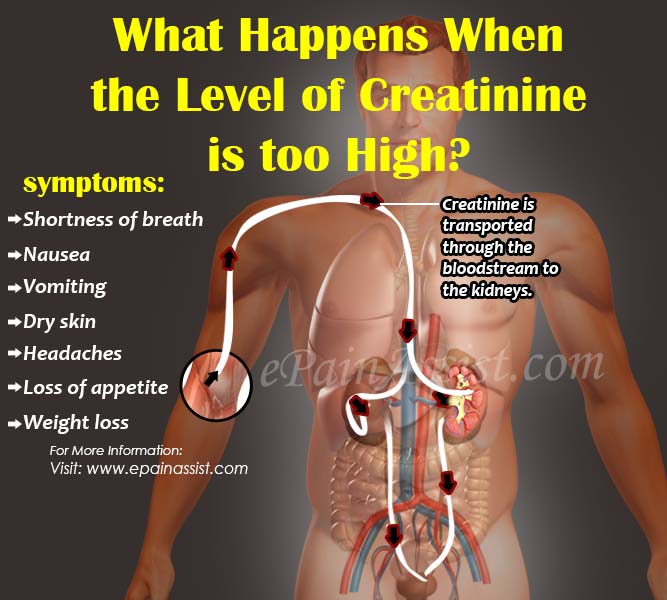 Treatment Solutions
Reduce the consumption of proteins, especially those from red meat, since it contains creatine that is transformed into creatinine when cooked.
Instead, you can opt for lean meats, such as chicken, turkey, or rabbit, and whitefish, which will also provide you with protein.
Eat more dietary fiber, which not only balances the digestive system but also helps reduce creatinine levels. A study written in The European Journal of Clinical Nutrition revealed that diets rich in fiber helped to decrease creatinine levels in patients with chronic renal failure.
Reduces the consumption of foods rich in purines such as legumes, organ meats, sausages, seafood, and bluefish.

Avoid taking dietary creatine supplements, something that is wholly contraindicated in the case of patients with kidney problems.

Certain medicinal plants help improve kidney function. This is the case of horsetail, which is characterized by its diuretic and depurative properties, which prevent the retention of liquids and promotes the elimination of toxins, or the grass, which also has similar effects and prevents urinary tract infection. , among other benefits. Other plants that can help eliminate creatinine are ginseng, dandelion, cinnamon or chamomile. However, before consuming these or other plants or herbs consult a specialist if they are convenient for you because in some cases they can interfere with some medications.

In addition to following a balanced and healthy diet, with a sufficient intake of fluids , and decreasing the consumption of all those products that raise creatinine levels, it is essential that you maintain the blood pressure and blood glucose levels in the proper ranges, and that practice physical exercise regularly, but do not overdo it, since intense physical or muscular activity also increases creatinine.