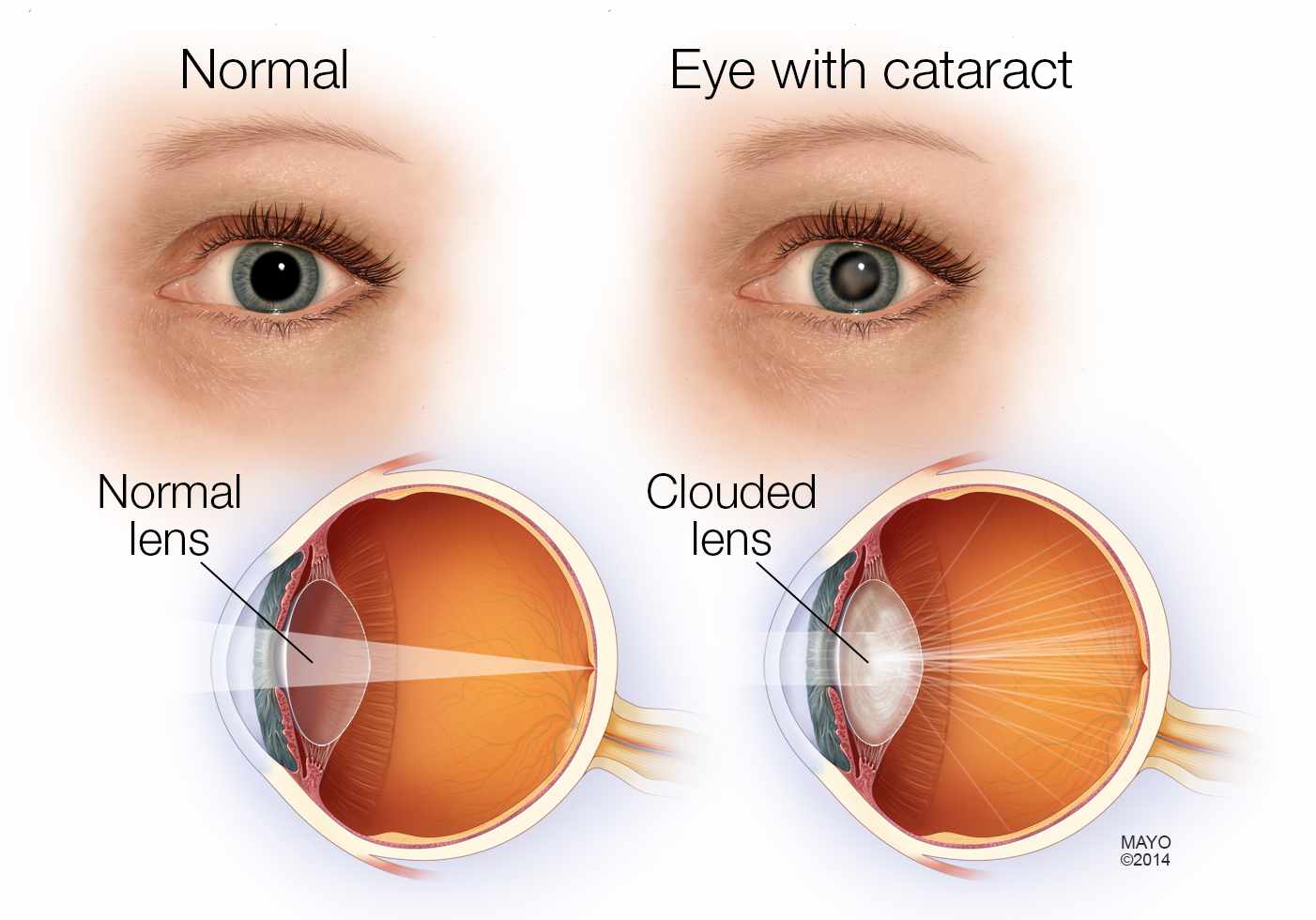 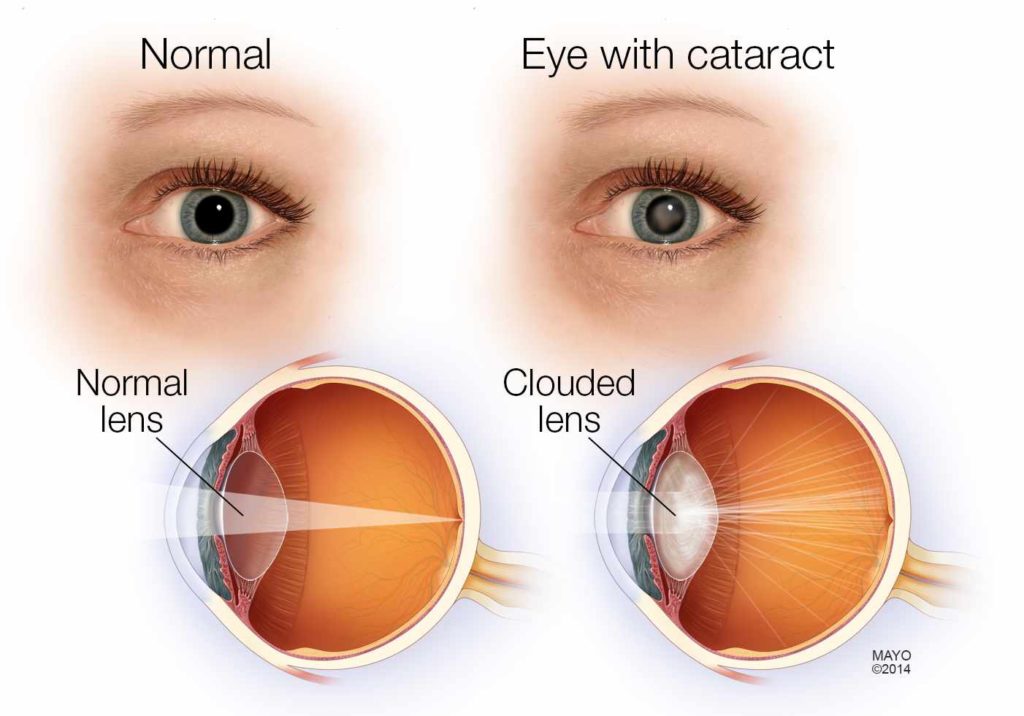 Cataract is a clouding of the eye’s natural lens. The lens sits behind the iris and the pupil,
Cataracts are the most common case of vision loss in people who are over 50 and is the main cause of blindness in people around the world.
According to Prevent Blindness America (PBA) are more cases of cataracts worldwide than reported cases of glaucoma, diabetic retinopathy, and macular degeneration, combined.

There are three types of cataracts:
A subcapsular cataract occurs at the back of the 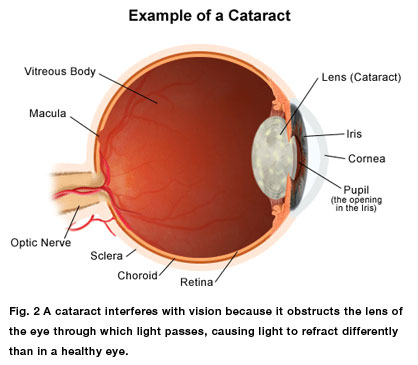 lens. Individuals with diabetes or those taking high doses of steroid medication have an increased risk of developing a subcapsular cataract.

A nuclear cataract develops deep in within the central one (nucleus) or the lens. Nuclear cataracts normally are associated with aging

A cortical cataract is described by wedge-like opacities that are white and starts in the periphery of the lens and go through the center in a spoke-like fashion.

A cataract starts with small and a lit 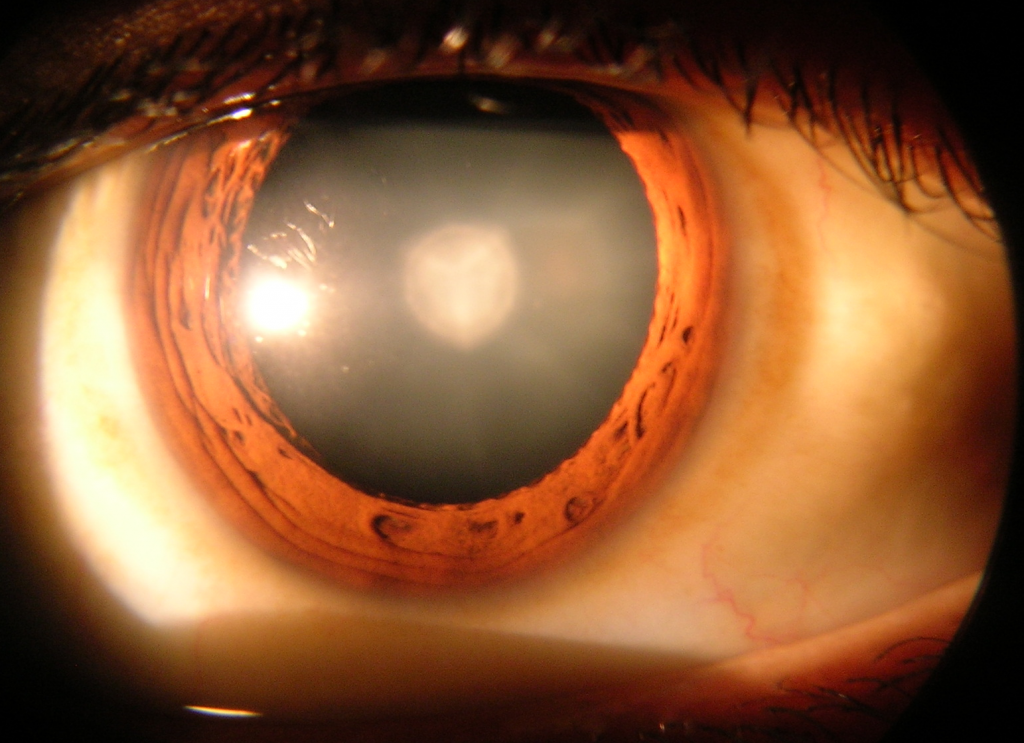 tle effect on you vision at fist. You may notice that your vision is slightly blurred, it can be described as looking through a cloudy piece of glass or viewing an impressionist painting.

A cataract may make light from the sun or a lamp that may seem like it is glaring and too bright. You may also notice that when you drive at night oncoming head lights may cause more glare than before, and colors do not appear as vivid as they once appeared.

The type of cataracts you have will affect will determine which symptoms you experience and how soon these symptoms occur. When a nuclear cataract first occurs, it can cause temporary improvements in your near vision referred to as the second site.

However, the improvement is short-lived and will despair when cataracts deteriorate. Although subcapsular cataract might not produce any symptoms until it is well developed.

If you think you might have cataracts, you should see an eye doctor for an exam for sure.

What Causes Cataracts
The lens inside the eye works like a camera lens. The focuses light into the retina for clear vision. It also adjust the eye’s focus, letting us see things clear both up close and far away.

The lens is primarily made of protein and water. The protein is arranged in precise way that keeps the lens clear and lets light pass through it.

As we age, some of the protein may clump together and start to cloud a small area of the lens, which make it difficult to see.

Experts do not know why the eye lens change when we age, forming cataracts. Researchers worldwide have classified factors that may cause cataracts or are associated with cataract progression. Beyond growing older, catracats risk factors include:

One theory of cataract formation that’s growing in support, is that many cataracts are caused by oxidative changes in the human lens. This is supported by nutrition studies that slow fruits and vegetable with high in antioxidants may help prevent certain types of cataracts.

There is significant controversy about whether contracts can be avoided, various studies suggest certain nutrients and nutritional supplements may help reduce the risk of cataracts.

One major, 10-year study of female health professionals indicated that higher dietary consumption of vitamin E, zeaxanthin and carotenoids lutein from food and supplements were linked with significantly reduced risk of cataracts.

Quality food sources of vitamin E include, almonds, spinach or sunflower seeds. Good sources of lutein and zeaxanthin include kale, spines, and other leafy green vegetables.

Other studies have shown antioxidants vitamins such as vitamin C and foods containing omega- 3 fatty acids may reduce cataract risk.

You can also wear protective sunglasses that block 100% of the sun’s UV rays when you are outside. 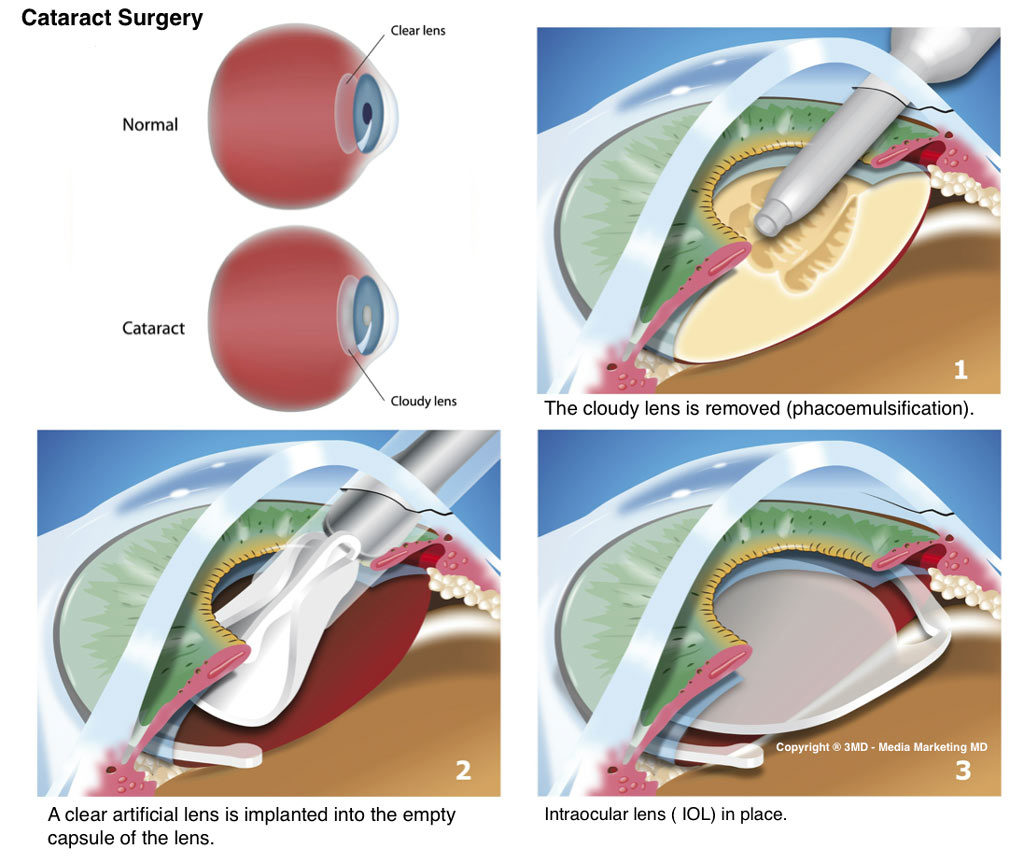 When symptoms begin to appear, you may abe able to improve you vision fro a while using new glasses, strong bifocal, magnification, appropriate lighting or other visual aids.

When your cataracts have progressed to the point of seriously impairing your vision, then you should consider surgery, and you should affect your daily life. Many people consider poor vision a fact of aging, but cataract surgery is a simple relative painless procreate.

Cataract surgery is a very successful way of restoring vision, and is the most frequently performed procedure in the United States, with over 3 million Americans having cataract surgery each year.

Nine out of 10 people have cataracts surgery to regain very good vision, somewhere between 20/20 or 20/40

During surgery, the surgeon will eliminate your clouded lens in most cases replace it with plastic intraocular lens (IOL)

New IOLs are bing developed all the time to make the surgery less complicated for surgeons and the lenses more helpful to patients. Presbyopia-correcting IOLs possibly help you to see all distances, not just one. Another new type of IOL blocks both ultraviolet and blue light rays, which research indicates may damage the retina.

Also, men should be cognizant that certain prostate drugs can cause intraoperative floppy iris syndrome (IFIS) during a cataract procedure. 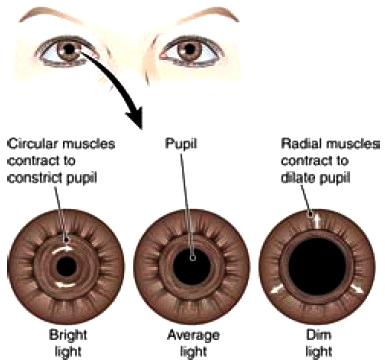