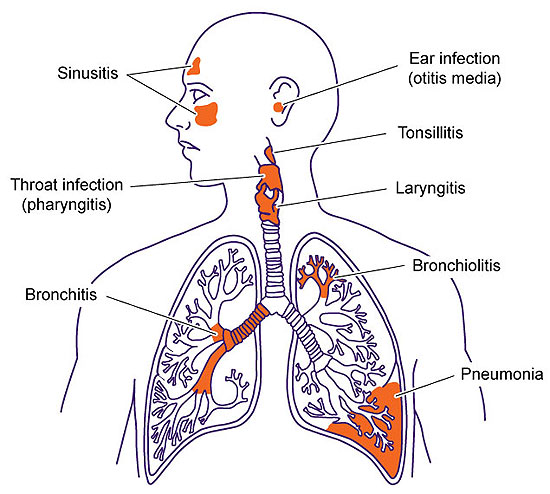 What is an Upper Respiratory Infection

An acute respiratory infection is an infection that affects your normal breathing pattern. It normally starts as a viral infection inside the nose, the trachea (windpipe) or even the lungs. If the infection is not treated effectively, it can spread to the entire respiratory system.

Lower respiratory tract consists of the trachea( windpipe, bronchial tubes, and the lungs.

Acute respiratory infection is very contagious This means they can spread from one person one another.

The disease is quite common. It is particularly dangerous for children, older adults, and people with immune system disorders.

While there are some causes of the conditions that are unknown, although a few have been identified.

Adenoviruses
Adenoviruses is a class of microorganisms that can trigger acute respiratory infection. Adenovirus consist of more than 50 varieties of viruses known to cause the common cold, pneumonia and bronchitis.

Pneumococcus is a class of bacterium that causes meningitis. It can also trigger return respiratory illnesses similar to pneumonia.

Rhinoviruses
Rhinoviruses are the source of common cold. In most cases, colds are not complicated. However, in young children., older adults/elderly, those with weakened immune system those HIV/AIDs

Who Is at Risk for Developing Respiratory Illness?
It is nearly impossible to avoid bacteria and viruses, but certain risk factors increase your odds of developing an acute respiratory infection. The immune systems of older adults and children are more prone to being overwhelmed by viruses. Children are particularly at high risk because they are in continual contact with other children who could be virus carriers, Children often does not wash their hands regularly. They touch or rub their eyes and put their fingers in their mouths, causing the virus to spread.

Individuals with heart diseases or other lung issues are often more likely to contract an acute respiratory infection. Anyone that has a compromised weekend system by another disease is a risk. Smokers are also at a higher risk level and have additional challenges recovering. 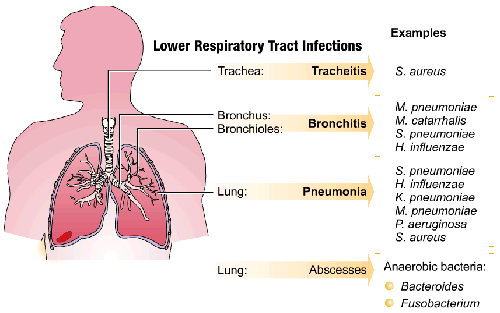 What are the symptoms of Acute Respiratory Illness
The early symptoms of acute respiratory infection typically occur in the nose and upper lungs. Other common symptoms are:

If the disease advances, there may be high fever and chills, Other serious symptoms include:

How is Acute Respiratory Illnesses Diagnosed?
In a respiratory exam, the physician will focus on the quality of the patients are breathing. They will check if there is any inflammation or fluids in the lungs by listening to your breath sounds in the lungs. The doctor may look at the throat and the nose to evaluate for swelling. If the infection is caught early enough, the doctor may recommend over-the-counter medication that helps alleviate the symptoms and the disease to run its course until it leaves the body. However, if the infection is at an advanced stage, you need an X-ray or CT scan to look at the condition of the lungs.

The lung function test can be helpful diagnostic tools. A test called pulse oximetry, or pulse ox, can check how much oxygen gets into the lungs. A physician may also need to spectrum material coughed up from the lungs sample to monitor for the type of virus causing the disease.

How is Acute Respiratory Illnesses treated
There are many viruses in which there are no known cures; Your doctor may recommend medications to manage your symptoms while monitoring your donation. If the viral infection results in a secondary infection caused by bacteria, an additional test will assist the physician and determine which type of antibiotic to use.

What are the complications of Acute respiratory infection

Complications with acute registry infection can be very severe and sometimes can result in irreversible damage and even fatalities. These include the following: respiratory arrest, respiratory failure, congestive heart failure:

What is the Stomach Flu or the Viral Gastroenteritis

What is Huntington’s Disease (HD)