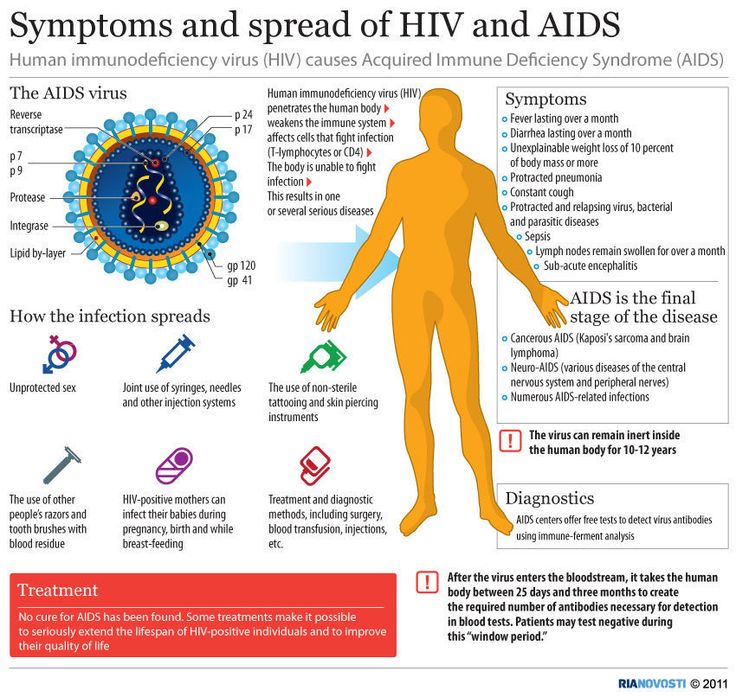 While HIV/AIDS does not make the headlines today, as it did nearly 20 years ago. There are over 35 million people in the world leaving with HIV infections. Over half, these individuals are not even aware that they have it.

According to the World Health Organization, nearly 40 million people have died from the virus since 1981. HIV (human immunodeficiency virus) and AIDS (acquired immunodeficiency syndrome) remain troubled.

This article is based on several HIV/AIDs experts’ opinion about what are the most conspicuous misconceptions and points of confusion that people in the United States have HIV/AIDs. These experts treat patients, educate medical students and provide support and advocacy for those with the disease. Here 10 of the top myths and misconcptions that people with HIV or AIDs have to combat.

Myth #1 Once You Have HIV It is A Death Sentence

With proper treatment, people who have HIV can live a normal life and life span. According to Dr.Michael Horberg. Kaiser Permanente National Director of HIV/AIDS 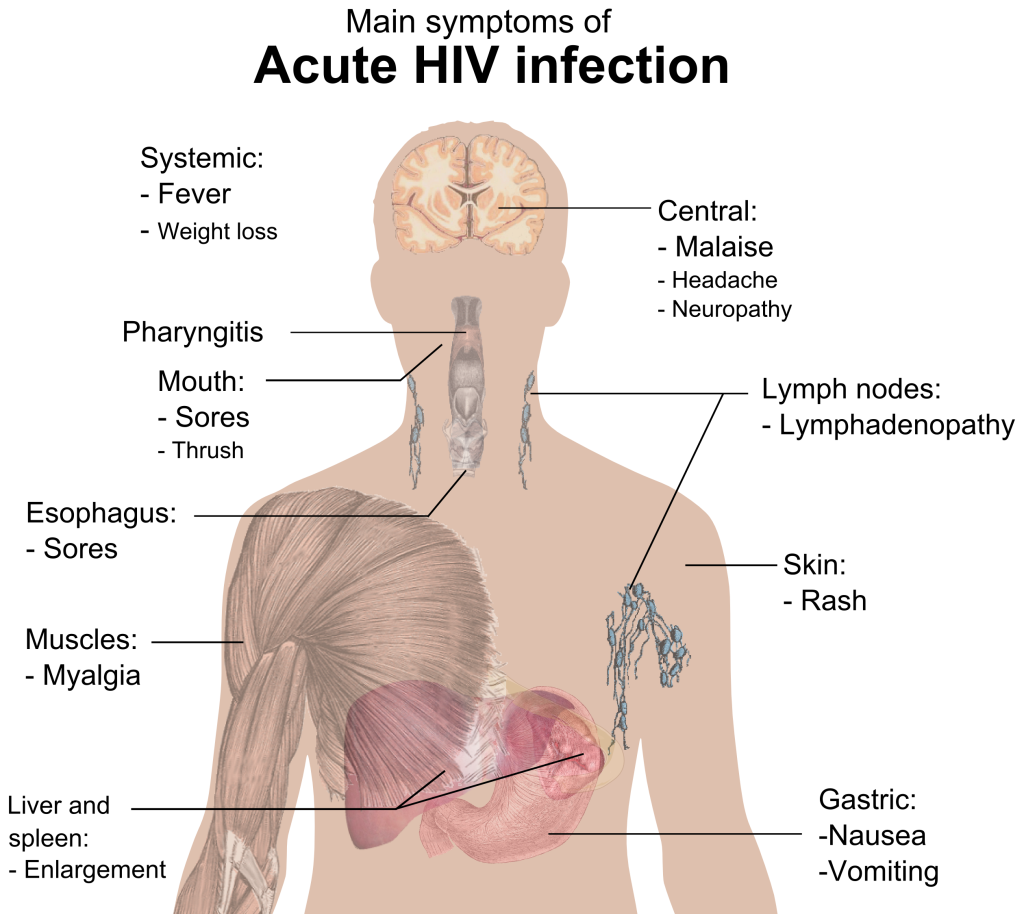 Dr. Amesh A. Adalja, a board-certified infectious disease physician at the University of Pittsburgh, stated “Since 1996, with the advent of highly active, antiretroviral therapy, a person with HIV in an industrialized nation can expect to live a normal life span, so long as they take their prescribed medications,”

There have been many breakthroughs and advancements in treatment that have extended life and the quality of life for HIV patients. For people who were diagnosed in the 80s and 90s and had to deal with virus medications, treatment was very difficult. It took some time figure out how to make them work effectively with the least amount of side effects. In some cases, people were taking 40 pills five times a day with horrific side effects. Today there are three options for once-a-day regimes, which have very little side effects.

Today you can go to the doctor, two or three times a year, get the test done to ensure everything is on track, and live the rest of your wife as you normally would.

Much of the advances in treatment due to antiretroviral therapy (ART) Art is an a combination of a least three antiretroviral drugs that prevents it from replicating a reduce virus transmission. Years ago these effective treatments were not available. Thes drugs are highly effective a supporting HIV replication

Myth #2. You Can tell someone has HIV/AIDs by Looking at Them.

In many cases there no visible signs or symptoms of HIV/AIDs. Some people develop HIV symptoms shortly after infection. In others, symptoms can take up to 10 years for symptoms to appear according to Dr. Gerald Schochetman, who is Abbott Diagnostics’ senior director of infectious diseases. The first symptoms of HV often include a fever fatigue and muscle aches that can last a few weeks. It’s extremely difficult for people to know if someone has HIV without being tested.

Myth#3 If Your Straight, You Don’t Have To Worry About HIV Infection.
According to the CDC, The highest risk group for contracting HIV is men who have sex with other men, accounting for 78 percent of new infections. Heterosexuals account 24 percent of the new HIV cases, and two third of those cases are women.

Myth #4 People who have HIV Can not Safely have Children.

You can have a child if you or your partner have HIV. Although it is impossible to guarantee that the HIV will not pass on to the child, according to the Department of Health and Humans resource, there are several ways to reduce greatly the risk of transmission. If a woman, who is HIV-Positive takes antiretroviral therapy (ART) before and during pregnancy, it is highly likely that the child will be born HIV-free.

If you or your partner takes their medication as prescribed and has an undetectable viral load, there is a slim to no chance of transmitting the infection to the child.

HIV infections do cause AIDs. However, it does not mean that all HIV-positive individuals will develop AIDS. Today’s therapies can help control levels of infections. These treatments help to keep a healthy immune system and prevent infections and the development of AIDS.

Myth #6 HIV is Not a Concern because All of the Modern Treatments.

This attitude leads to reckless and careless sexual behavior. Many young people don’t have the fear of HIV due to the success of ART treatment. This false sense of security causes many young people to engage in risky sexual behavior, particularly leading to higher rates of HIV infection in men who have sex with other men.

Myth #7 If I take PrEP, I Don’t Need To Use Condoms

PrEP (pre-exposure prophylaxis) is a medication that is prescribed to prevent the HIV infection in advance. A recent study from Kaiser Permanente accompanied people, who were on PrEP for two and had years, and found evidence that it is an effective method to preventing HIV infections in advance. PrEP does not protect people against other sexually transmitted disease and infections.
PrEP is recommended to use along with combinations with safer sex practices.

Myth #8 If you don;t have HIV, You Can have Unprotected Sex

If you or your partner was infected recently, with HIV, may not show up on in HIV test until three months later. Antibody- test only work by detected the press of other antibodies in the body when HIV infects the body. It takes around three weeks to be able to detect enough antibodies to determine if there is HIV present. According to the San Francisco AIDs foundation, it is recommended to test for HIV every three months. You should take the second HIV test three months after you confirm your negative reading, Do this before considering haveing unprotected sex.

Myth #9 If both partners have HIV there no need for a condom.

Myth #10 You can not get HIV from Oral Sex

Although it is true, oral sex is less risky than other types of sex. You can still get HIV from having oral sex with a mand or woman who are HIV-Positive. The exchange of body fluids such as blood can cause HIV infections to be transmitted if some have sores. It’s safe to use a latex barrier during oral sex.

There is no cure to HIV/AIDs but people with HIV can still live full productive lives. Although current ART treatments help keep infection levels low, preventing HIV from spreading and damaging the immune systems, there is still no cure for HIV or AIDS.

Although new cases are at 50,000 a year in America, and growth has plateaued, new cases are affecting venerable populations, such as women of color, men who have sex with men, and other hard to reach populations.

In any case, its important to be safe and know become educated about HIV/AIDS to help break the stereotypes and bring clarity and visibility to other around you. 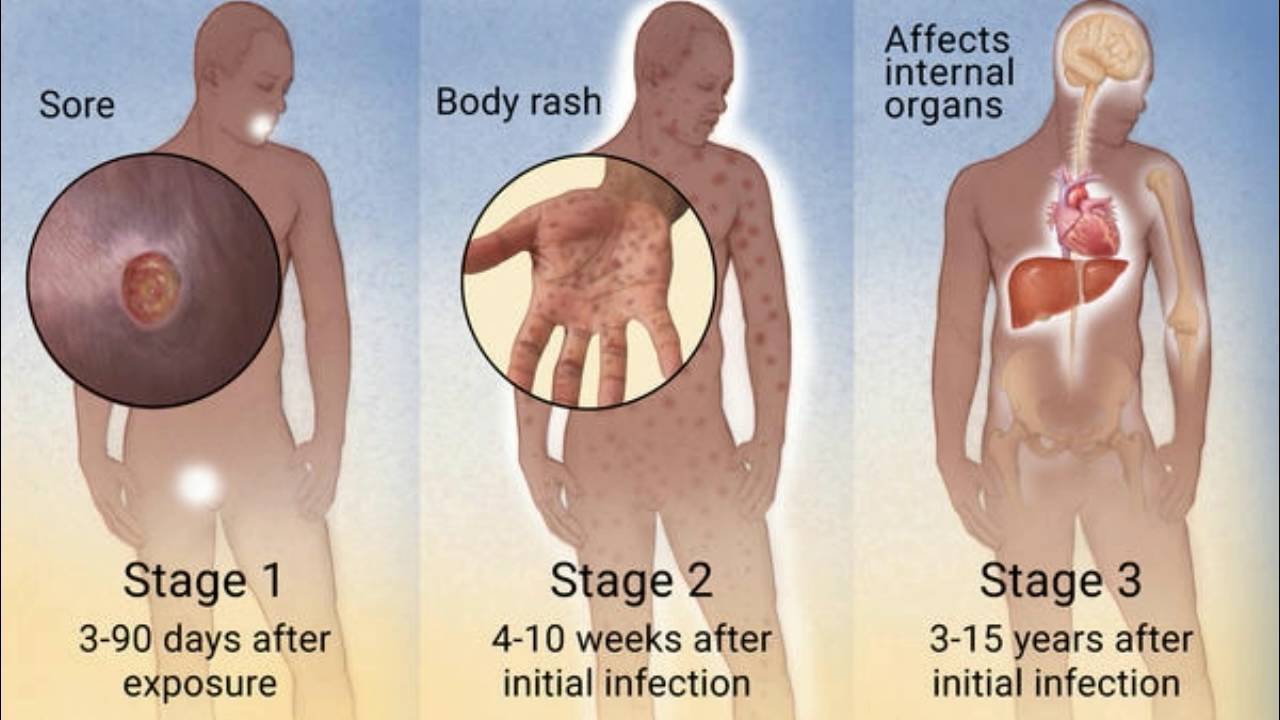 2 thoughts on “10 Misconceptions About HIV/AIDS”